The largest medical cannabis firm is putting pressure on the UK to loosen prescription rules so that more patients can be prescribed the medicinal drug.

Sajid Javid, the home secretary, authorised the use of medicinal products derived from cannabis last year following a campaign from the parents of children suffering severe epilepsy who reported that cannabis oil helped with their condition.

The law moved cannabis from schedule 1 under the Misuse of Drugs Regulations 2001 - meaning it had no therapeutic value - to schedule 2- a controlled drug which has recognised medical use and can be prescribed in certain circumstances.

It was hoped by many campaigners that this would now allow them access to the medication that they so desperately needed. However,  strict prescription rules have been imposed which in reality makes it very difficult for people to be prescribed it.

Research shows that less than 100 patients are thought to have been prescribed it. Although there are over 100,000 people living with severe epilepsy that would potentially benefit from this treatment, not to mention the other conditions that have shown to benefit from cannabis oil.

Public opinion on the medical use of cannabis is changing within the UK and further afield, with more countries legalising cannabis production for medical purposes. The UK government need to recognise this, and move with the current trend in order to ensure that patients in the UK have access to all types of treatment.

For too long we have heard stories of how patients have been denied potentially live saving treatment which would be available in other countries.

Now more than ever, due to the current political and economic climate, the UK needs to make a strong move to ensure that we are maximising our patients rights to treatment, and ensuring economic gain.

"It’s time for the UK to take this system that is not working and make it work,” he said. “Let’s make sure that general practitioners can prescribe. There’s no need for requiring a specialist consultant to write a prescription. I’d like to see the UK be a leader, not a laggard.” 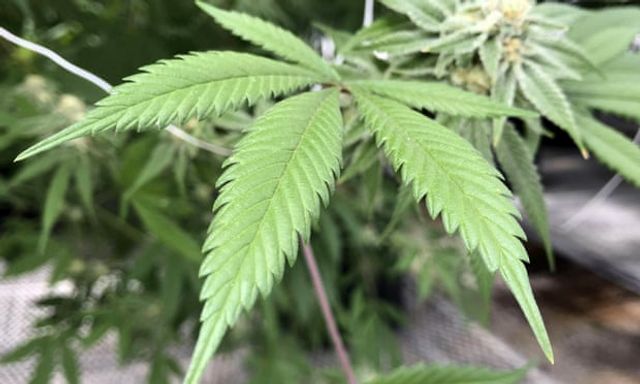 The HVP Vaccine - Will it reduce the risk of cervical cancer?
Claire Henderson

I will be asleep during my operation... won't I?
Chloe Hayter

For plans and pricing, please contact our sales team at sales@passle.net

Sorry, you don't have permission to repost or create posts.

Your repost is currently a draft. Review your repost and request approval.

Sorry - this is not an option. This post already exists in the Passle you have selected.

Try reposting to another Passle.